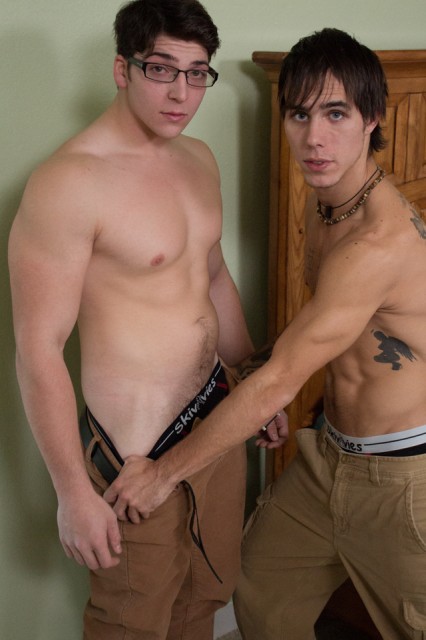 Yum, we finally get to see the beefy Clark in action with another guy! And who better than the Southern Strokes favorite, Genesis? Enjoy their sexy scene!

Clark was looking forward to taking Genesis’ hot ass so we stopped talking and let the boys go at it.  Genesis grabbed Clark by the back of the head and pulled him in tight so they could lock lips.  Genesis moved his lips down to Clark’s neck as he dropped to his knees and work his way down Clark’s beefy torso.

Clark wanted a taste of Genesis’ cock so he pushed Genesis on his back and grabbed the shaft of his cock before his mouth swallowed Genesis rod.  Genesis couldn’t wait any longer for Clark’s cock to puncture his moist  hole so Genesis got up on all fours so Clark could mount him.