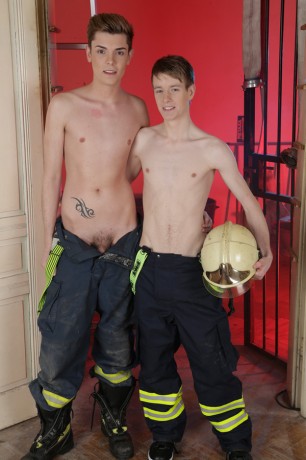 No criticism is ever gonna be levelled by us though. This flip-flopping couple just love to suck cock and fuck ass in equal proportion, as each take turn to surrender their hungry hole in their lust for a hard fireman’s hose. First Magowan fucks Sharp; then the roles are reversed so that Sharp can pummel Magowan.