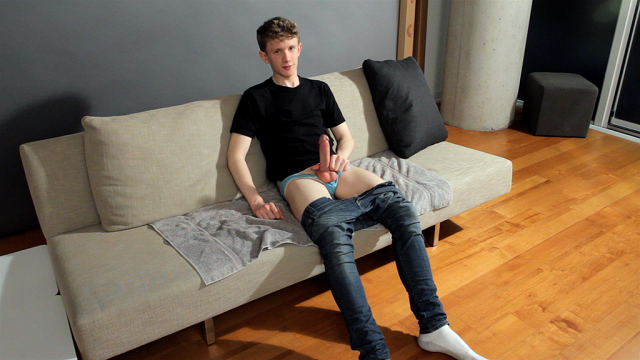 He grabs the lube and coats his fingers with the slippery slippery stuff and slides one finger easily inside his body. All the way to the third knuckle then digging around a bit before gliding that glistening digit out of his asshole. One finger is replaced by two. Sliding beautifully in and out of his body as his asshole welcomes the intrusion and swallows them whole!”

“He holds that big rod up for the camera one more time. Eyes smiling as he proudly shows off his manhood knowing sweet relief is on the horizon. His hand becomes a blur on that shaft as the lube makes a lickety split sound with every stroke and before you know it he’s moaning and grinding his hips into his hand. He’s gonna blow!