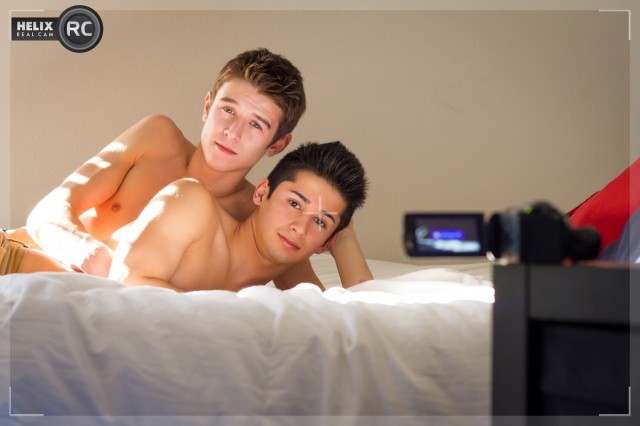 Aww, such cute boys. But one of my many, many dreams is to have sex with Evan Parker too – how come only Liam Riley’s dream gets to come true? Well, I guess if you’re a super twink like him, then lots of your dreams come true! Enjoy watching Liam and Evan in their hot Real Cam scene!

Click here now to check out the full scene at Helix Studios.